Where do I start? Please grant me just a few minutes of your time to talk about Damon Colbert.

So I found myself with a 2nd DUI within 5 years charge, and then within 3 weeks of that I had yet acquired a 3rd charge which was a Felony DUI charge. So this means Yes, I already had a conviction prior to all this; that was a  1st DUI. Sadly, I was not aware of such great counsel with Mr. Colbert back then.

At the time when I received my 2nd charge I was in shambles knowing the possible outcomes I would face with a 2nd DUI in less than 5 years. (I need to STOP and add something: none of these charges were aggravated meaning involved any other persons, or personal property, or animals being involved or damaged with these cases) I know that this is a serious matter and has definitely been a highly sensitive matter for people, and some people may have lost loved ones or friends involving someone that was intoxicated. I am not making light or marginalizing a very serious matter and I do empathize with those that have been in that position. So when I received my 2nd charge I immediately lawyered up (who shall remain nameless). I didn't know much about this lawyer , besides the internet research and credentials, but I knew I had to try to find the best representation I could afford to even think I had some hope in these upcoming cases. If you have ever been in this situation you know these lawyers are NOT cheap.

Before, I even had my first in person meeting with my lawyer, I had now the felony charge in play also, and when I tell you- words cannot describe…let's just (*insert all explicit language- every emotion you can possibly imagine here*). Ok, so now I have paid this lawyer to represent me on the 2nd DUI and now have to come out and pay more for him to represent me on the Felony charge too. At this meeting, I was able to ask more questions about how he would represent me and discuss legal strategies; to say the very least I left the meeting feeling that I was given a pep talk to get ready to do time and just hope for the least amount of time. I left the meeting not feeling better, in fact I felt 100 times worse.

I was receiving all types of advertising mail from lawyers because apparently when you make the list of being charged your name goes into some system database and lawyers start sending you things like supermarket sweep. I was no longer looking for a lawyer as I had already paid for one. Yet, I had no peace.

About 2 weeks later I ran across the mail, and there was this pretty 4x7 envelope and it looked like an invitation to an event- possibly a wedding or some sort- when I opened it, guess what? it was another lawyer..LOL , how clever ! This one made it pass the immediate trash pile though because I thought it was something different. It was so eloquently packaged I couldn't help but read the post card inside. It had very few words- but what stood out was “I will FIGHT for you”. I held on to it not knowing at the time I would be calling this fancy, clever, marketing strategy just a couple days later.

When you have already spent thousands on representation, trust me there is no reason you are still calling any lawyer- yet I felt so unsettled about my current counsel. I called the number and when I got to talk to Mr. Colbert his voice was energetic, inviting, and confident - at this point I needed to know if he was familiar with my county and the courts as he represents a large area of DMV.

He started to give me some free counsel but by the time he looked up my name and saw I had legal representation already- he started to withdraw from the convo- I explained to him that I did currently have a lawyer but I was not confident in him. Mr. Colbert left me with a powerful closing statement; he said “I will and I am ready to fight for you, if you decide you are ready you can hire me and I will be able to discuss your cases further”. Are you thinking what I'm thinking?? How rude, who does he think he is? to just cut me off from counsel just because he sees I already attained a lawyer….ok, it was really me at the time tripping but I was going through so much I put the blame on Mr. Colbert- this only speaks of his integrity because when I found myself calling him back about 3 days later - he was just as pleasant but firm in his stance and he answered a couple more questions for free and he did not “groan” or “huff” and “puff” he actually became so attentive to me that I felt like I was this man's only client  and maybe he was just “thirsty” for clients and had all the time in the world in his hands. I mean why was he answering the phone? Where was his secretary? Paralegal? I was like I'm not sure about this.

He started going over my case - I still hadn't hired him yet- and even though I felt he had no clientele or something to spend so much time with me on the phone addressing what I was up against and his confidence in making BIG POWER MOVES- he made me feel so confident in possibly selecting him in just this one phone interaction- that I had to immediately call on my support team to help me get the money to now pay for a new lawyer.

I lost so much money on the first lawyer because he was upset and would not refund me any monies although we had never been to court yet. When I say this was an act of faith to fire one lawyer and hire yet another! But God put some peace in my spirit after I hired this man Mr. Colbert who I thought had very little to no clients. After hiring Mr. Colbert not only did I find out this was FAR from his first rodeo- but I also found out he was the superstar at every arena he stepped into, he was a beast, the gorilla, the Goliath of lawyers!! He also explained how important each clients are to him and that he could have a middle man to take his calls and messages but he just wanted to be that personable with ALL his clients. As he is the one representing them so he needed you to know he is there and he is reachable.

Our relationship grew and he was beyond knowledgeable and he was able to guide my family with counsel as well. When I say this indescribable man allowed me to call and text him anytime , with my emotions and or questions, and he did the very best to stabilize me every time and NOT once did he say - don't call after such and such time- you are interrupting my family and wife's time! Not once did he say that!!!

In fact there was a day he was on vacation and he told me that if he couldn't get my pre-trial date moved for the felony- he would leave vacation and 100% be there with me for my pre-trial because he didn't want me to EVER walk in court alone without my lawyer ever again (which had happened with my previous lawyer- I was sent with a letter) That was the most comforting thing EVER and it spoke volumes to his character. I know this was a pivotal point and I looked at him differently.

Ok so now we are in court for the 2nd charge- they offered a plea deal prior to this date and because there was jail time on the table I declined. The day of court- they were really pushing the plea again but would not remove the jail time. The prosecutor said if I didn't take it he was moving my cases up to a grand jury in circuit court- which meant more money and more tension and stress for me. My lawyer saw me starting to cave in and lean towards the plea deal….and he said “don't do this please- let me fight in there- I'm ready to fight for you”!! This next sentence is gonna sound real easy but he and my family knows the sideline pep talk that had to be given for me to finally say “ok”. I told Mr. Colbert- “Yes, go fight!” So we went back into the court room and he fought!! And they had to continue the case until February because there was a lack of some witnesses at the time but my lawyer made his argument about how this could NOT be brought up in circuit court as the prosecutor had ample time to notify his witnesses which was a lab tech and officer. Mr Colbert made sure they could not elevate the case in a higher court and only a continuance put in place.

So now I'm only facing a 2nd offense charge but that's still something with serious outcomes. So fast forward to the 2nd offense charge that's was granted a continuance. Mr. Colbert contacted me a week before my court date (which was scheduled in February 2022) to say—- “yeah, you, your momma, and sister got your prayers on lock and I was notified that the prosecutor is dropping this case against you” !!!!!!! Wait, WHAT!!! I was in total disbelief!!

If I had caved in the first time I went to court and took the plea when Mr. Colbert said LET ME FIGHT. I would have never made it to this final outcome. Both charges dropped!!!

I do not know what more to say about Mr.Colbert but it was an honor being his client. Thank you for being my legal counsel and personal counselor when I was in my highly emotional stages. Thank you for being pleasant to me and my family always but a “ruthless Goliath” in the courtroom. With no further delay, if you ever find yourself needing legal representation- do not waste your time or money anywhere else!! Mr. Colbert is the ONLY person you will need. He was God sent. God bless his practice and his diligence to keep practicing with EXCELLENCE!!!

Thank you for contacting us. We will get back to you shortly.

Please complete all required fields below. 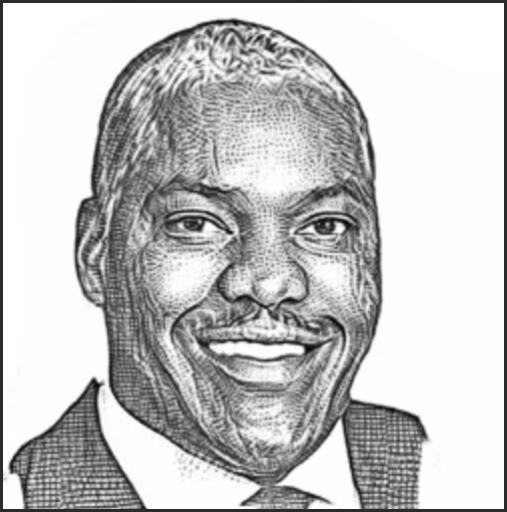